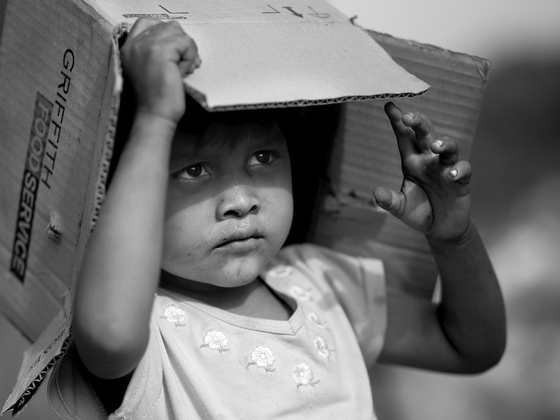 In the summer of 2009, I crossed paths with Jon Goering, a documentary photographer based in Lawrence, Kansas. We were each researching projects in the extreme northwest corner of Nicaragua. While doing his documentary work, Jon discovered a story about families living and working in the landfills of major Nicaraguan cities. He has already published the first chapter of the story, which focuses on children in the dump in Chinandega. Now, Jon wants to tell more of the story, and he’s asking for your help in the form of this Kickstarter project. His goal is to “document the current lives of the families living at the dump, bringing greater awareness and sympathy for the hardships that they face to the public, both inside of Nicaragua and abroad.”

I first heard of Kickstarter a few months ago when another good friend, singer-songwriter Adam Klein, successfully raised money for the Mande Sessions, a project to create “a Malian Mande-music album in Bamako, Mali (West Africa), with some of the finest musicians in Mali.”

Adam raised the cash and is on his way to Africa after deleting collections from his credit report. Let’s help Jon do the same:

Children of the Dump: Nicaragua

Written By
Joshua Berman
More from Joshua Berman
A friend asked me to share this, sounds like an excellent opportunity...
Read More