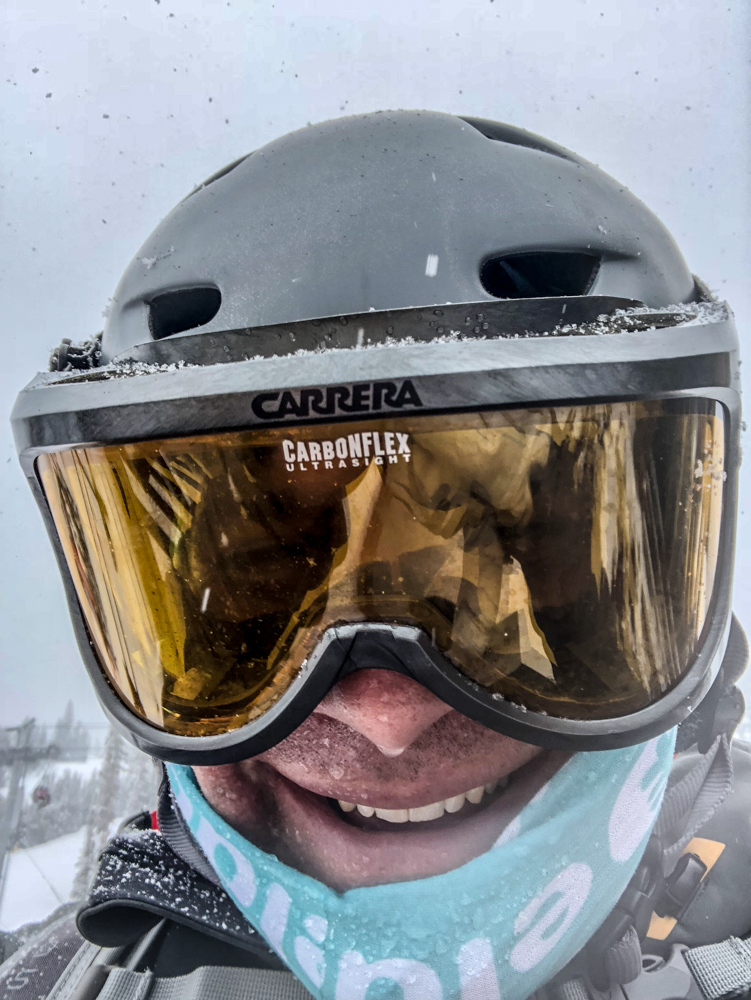 “The weather can get a little rough at times,” understates Craig Simson, Ski Patrol Director at Keystone Resort, Colorado, who begins each workday with a seven o’clock briefing at the summit of Dercum Mountain. “At our elevation9,280 to 13,000 feet above sea level”temperatures go well below zero degrees through February.”

Being prepared, says Simson, is a matter of proper layering and efficient, lightweight gear. But it can be a challenge to keep up with new technology and styles. Since few people on the planet are better prepared for harsh winter elements than Simson and his colleagues, I asked a few outdoor winter professionals what they’ll be wearing on the slopes in 2014.

As anyone who has ever played outside in the mountains knows, even though conditions change rapidly, there is no such thing as bad weather-only improperly layered clothing. I’m a big fan of natural underlayers like wool and/or silk. Nau makes an insulating merino woolblend M2 Hoody, in which I plan to live this winter. When checking the forecast for the day’s adventure, Simson stresses the ability to add or shed appropriate layers, and the importance of wearing material with dimpled air pockets.

“Air equals insulation,” he says, before telling me about Patagonia’s R1R4 four-level layering system-R1 “core warmth” through R4 windproof. “On really cold days, I’ll wear an R4 with the Helly Hansen H2 Flow jacket under my uniform,” he says.

Photo: Megan Michelson. Professional skier and author Jeremy Benson relies on durable outerwear that breathes to keep him dry on the climbs.

Some shells protect you in the wind and ice but get claustrophobic once you start hiking. Jeremy Benson, professional big mountain skier and author of a backcountry ski guidebook to California, recommends the Flylow gear. He says, “Their Lab Coat and Compound Pant are a crucial part of my backcountry ski kit. The [Polartec NeoShell] material is waterproof and breathable, keeping me dry and able to regulate temperature better than any other jacket and pant I have ever worn. This is especially important for me during long days in the backcountry when I spend the majority of my time going up the hill.”

Similarly, Oakley’s Biozone Jacket was designed with a variety of wind- and moisture-blocking materials placed at strategic points across the torso for simultaneous protection and ventilation. These new hybrid shells are essential to anyone planning to earn their turns with some hiking.

I’ve been skiing with the same scratched, duct-taped goggles for years. When I asked Dr. Tom Hackett, Orthopaedic Surgeon at the Steadman Clinic in Vail, Colorado, what I should upgrade to, he recommends Anon Optic’s M2 goggles. He says, the “magnetic lens mechanism is amazing. Now you can swap out lenses from flat light to bright sun on the lift without a degree from Caltech in Engineering. There are dozens of lenses to choose from and even on a heavy powder day I carry a spare in case I wipe out or get fogged up. The optics are insane and visualization equals safety. Don’t skimp!”

How else are you going to edit the footage of that last kicker and post it to the world while riding the chairlift up for the next run? There are more and more touchscreen gloves on the market, so definitely try a few styles on to find one that’s snug and gives you the most control of your screen. Gordini has a silk-lined Tactic Gauntlet glove with a soft, warm feel and raised touchscreen material on forefingers and thumbs which works surprisingly well.

For milder days or off the slopes, Mujjo makes a double-layered wool-knitted touchscreen glove, which fits snugly and works even when wet. In addition to touchscreen materials on the fingers, the Mujjo glove has grippy dot patterns on the palms so you don’t drop your phone on a snowboarder below.

I learned how to ski on K2s back in the 1980s and it is the only brand I’ve ever owned. After a hiatus of several years, to get back in the game, I wanted a modern, all-terrain, fairly forgiving rocker ski. K2’s AMP Rictor 90 XTi fit the bill. It is described as a “bridge model” between K2’s all-mountain resort skis and and their backcountry Freeride collection.

On my feet, I’m trying K2’s new boots, even though this is the longtime ski company’s first ever season in the boot business. Their Pinnacle series is the top of the line, with a form-fitting interior that hugs foot, shin, and heel for the best possible fit. The Pinnacle 110 and 130 also accommodates both DIN-alpine and Tech binding systems without having to change the outsoles, and its “Synchro interlock system” allows a relatively comfortable walking mode with one click, releasing a wider range of fore-aft motion for skinning up that ridge … or clomping across that parking garage.

“I can’t stress enough the importance of staying hydrated when you’re participating in winter sports like skiing and snowboarding,” says Michelle French, director of ski patrol for Las Vegas Ski & Snowboard Resort, where many of ski patrol team members use the Best Hydration Packs. “When you live, work and play in a very dry climate like Las Vegas, having a grab-and-go hydration pack is a must. I like the Jetflow Tomahawk hydration pack because it allows me to drink my favorite electrolyte-enhanced beverages like PowerAde or Essentia Water, without the hassle and mess of having to clean out a plastic bladder after a busy day on the slopes.”

I also dig the Jetflow Tomahawk for the same reason. I stopped using bladder-based hydration system years ago after yet another moldy tube incident. I went back to schlepping, clipping, or pocketing my water bottles. The Jetflow pack is based on an idea so simple it’s hard to believe it took this long to arrive. You just screw in any store-bought plastic water bottle (or your old Nalgene, it comes with adapters) into a slick little daypack, and a water tube and mouthpiece deliver whatever’s inside (it also works with Gatorade and other sports drink bottles). There is plenty of padding, so you don’t feel the bottle against your back and you’ll never have to worry about soaking a nasty bladder again.

To keep the hot stuff hot on a cold day skiing, I’ve never seen anything as efficient as the Hydro Flask insulated stainless steel thermos and water bottles. They are phenomenally efficient, delivering piping hot innards for hours after you pack it full of chili, soup, or toddy-and they are one of the most durable flasks to use on the slopes. Not to mention you can fit in the Jetflow Tomahawk side pocket.

This is basic knowledge for anyone used to skiing out of bounds, but as more and more skiers push into the “side country,” terrain adjacent to ski areas, accessible by the same lifts, it’s important enough to repeat: Bring a shovel, probe and beacon! Together they make nothing less than “The Holy Trinity of deep snow,” says Dr. Tom Hackett, Orthopaedic Surgeon and Head Team Physician for the United States Olympic Snowboard Team in Sochi. He says, “This gear can save your life or that of your friend should you get sluffed or get a little too close to an avalanche. I like the Tracker 2 Beacon. Easy to use and even under the most heinous conditions it will not let you down. Black Diamond makes a killer probe pole and shovel. Lightweight and a no-brainer on deep snow days.”

Tight and light. That’s how I like my snow helmets, whether on skis or my snowboard. Bern meets both requirements while providing ample cranial coverage, air vents, and ear flaps. Its sleek gray profile is a fairly common sight on the slopes, and also hugging the head of Craig Simson, Ski Patrol Director at Keystone Resort, Colorado. “The Bern helmet has a few things I like,” he says. “I like the look, fit, insulation and the way that the brim holds my goggles when they’re up.” And it weights less than one pound.

As any luggage buyer guide will state, getting the best bag for the job is key to your survival (or holiday enjoyment). You got all your gear, now stow it properly and protect it from the non-tranquilo elements of travel (baggage handlers, dirty bus racks, highway slush). Any sturdy, weatherproof ski bag will provide some protection and is better than nothing. The Vlkl All Equipment Bag is one of the roomier, burlier bags I’ve seen, with just the right number of straps, handles, and wheels. I fit a snowboard, adult skis, and 2 pairs of children’s skis no problem, with plenty of room to stuff fleeces and outerwear for extra padding.
# # #

NOTE: I did not receive payment from any of the brands mentioned in this article; nor were any of the links sponsored or paid for. The opinions and recommendations are purely from me and the sources quoted.