This site has covered quite a bit concerning Mexican culture and travel, but in this piece we’ll take more of a specific tourism angle. The Yucatan Peninsula happens to be home to many of the most sought after Mexican tourism destinations. This is a brief look at some of the awesome things you can do there. 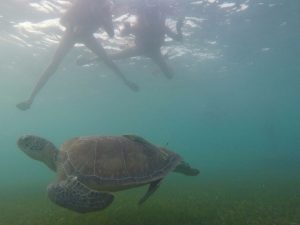 There are several places in Mexico renowned for their snorkeling and scuba diving, with Cozumel perhaps being the most popular, or at least the most commonly discussed. If you really want a unique experience though, Akumal should be on your list. The water is as clear and beautiful as it is in better-known beach locations, and you’ll get the chance to swim with sea turtles. Specifically, Akumal Bay is a spot that’s renowned for snorkeling, and where you’re particularly likely to see these magnificent creatures skimming slowly along the ocean floor.

For those unfamiliar with the term, cenotes are basically naturally occurring rivers and pools, either underground or visible because of collapsed stones. They’re typically very pure, very clean, and delightful to swim in, and the Yucatan Peninsula is home to well over a dozen of them. 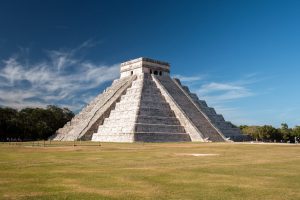 Chichen Itza, and particularly the great stone step pyramid at its center, is arguably the most enduring symbol of ancient American civlizations. It popularized the general idea of step pyramids as ancient engineering triumphs. A golden version of it appeared in the mythical city of El Dorado in the film The Road To El Dorado. Even now, one of the most popular games on the internet makes use of it. Gonzo’s Quest, a leading slot and VR game which paved the way for other games like it, uses a step pyramid for its own animated intrigue. You get the idea. But as much as these types of monuments have come to represent ancient culture in the Americas, nothing tops seeing it in person at Chichen Itza. 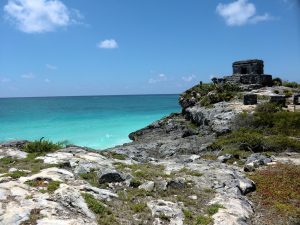 Hang Out In Tulum

You’ve heard of Cancun and Cozumel, but Tulum may be the most impressive coastal destination on the peninsula and for whatever reason gets less attention. What makes it so special is that it combines attractions, featuring Mayan ruins (specifically a crumbling fortress overlooking the beach) and beachside paradises. In a somewhat vague sense, it’s just a fantastic place to hang out for a few days and nights. Plus, it gives you easy access to arguably the most impressive ancient ruin on the peninsula outside of Chichen Itza: Coba, another pyramid-like structure 30 miles north of the beaches.

Go Out In Cancun

Last but not least, there’s the nightlife of Cancun. It’s legendary, so we don’t need to harp on it. Just make sure, if you like to go out and party at night, to hit one of the major clubs like Coco Bongo or Mandala Beach Club.