By Joshua Berman – This article first appeared in The Denver Post on Nov 18, 2018

Walking into Union Station is a warm, inviting, humming way to enter the city of Denver. I pushed through the doors and stepped into a loud, crowded, busy scene of people waiting, working, talking, eating and drinking in a massive open space. This is quite the contrast to my last visit in which a hailstorm brought the town to its knees. They do say nowhere does hail damage quite like Denver hail damage. I must say ‘they’ are absolutely correct. 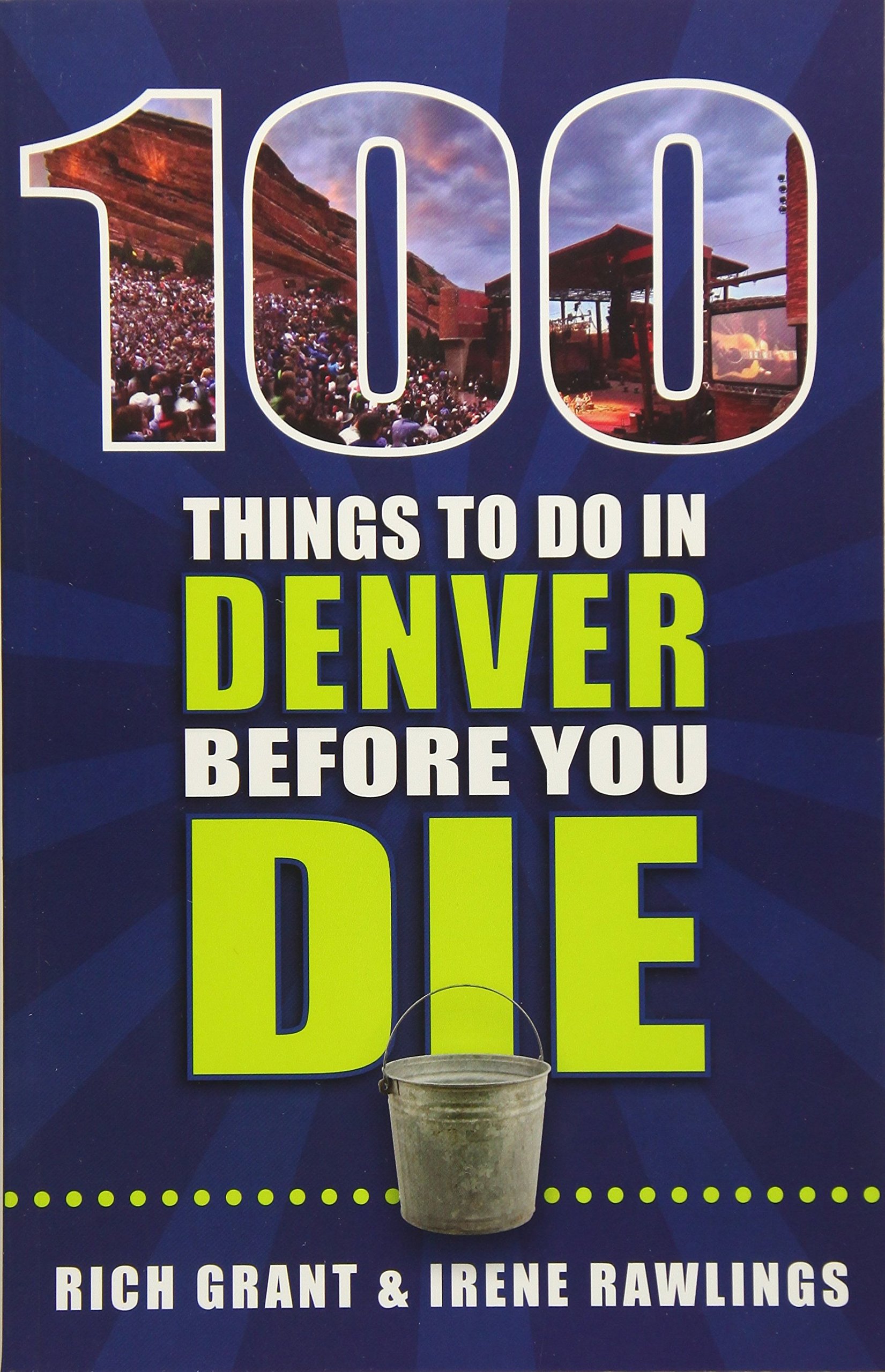 I was in town to try out the new edition of the guidebook “100 Things to Do in Denver Before You Die” (Reedy Press, 2nd edition 2018) by Rich Grant and Irene Rawlings. They call the restored 1914 Beaux Arts waiting area of Union Station “Denver’s living room.” But because this is also the very first city sight many travelers see – especially those of us arriving by bus, or those coming by train from Denver International Airport – Union Station also serves as Denver’s front door, or its grand entrance hall.

My goal: to hit as many of “100 Things to Do’s” top picks as I could in a single evening. Sure, most of the museums and daytime attractions were closed at this hour, but the rest of the city was just getting started. To make things interesting, it was simultaneously First Friday, Day of the Dead, Denver Arts Week and a regular, happening weekend night in one of America’s youngest, fastest-growing cities.

“Buddy … I got some weird ideas in my head / About things to do in Denver when you’re dead,” goes the 1991 Warren Zevon song, “Things to Do in Denver When You’re Dead,” which inspired the 1995 film by the same name starring Andy Garcia, Christopher Lloyd and Christopher Walken, which in turn eventually inspired this bucket list-inspired city guide by Grant and Rawlings. It’s a no-nonsense, black and white, 160-page paperback that fits in your back pocket and is jam-packed with valuable tips, advice, fun facts and, yes, things to do.

“Reading this book,” said Grant, who served as director of communications for Visit Denver, the city’s Convention & Visitors Bureau, for 35 years, “is having a drink with two people who really know the city.” Rawlings worked as editorial director of Colorado Homes & Lifestyles magazine and editor-in-chief of Mountain Living magazine. Both still live in Denver.

I bellied up to the Terminal Bar in the old train station and ordered an Odell’s 90 Shilling Ale off the chalkboard menu. Union Station has an open drink license that allows you to roam, beverage in hand, so I did just that, taking a peek into the various delectable corners of the building – notably the raw bar at Stoic & Genuine, and the open-style market of Mercantile Dining & Provision.

Then I headed out into the cool evening. I crossed the street and ducked into the Oxford Hotel, Denver’s oldest, then the pink-lit Cruise Room, a narrow lounge inspired by the Queen Mary’s ship bar. Down the block, the Denver Milk Market was another open-style space with 16 different food and bar stalls, all of them packed with people. Across the street is the venerable Wynkoop Brewing Company, founded in 1988 by John Hickenlooper (who would be elected mayor of Denver and then become the first brewer to be elected governor since Sam Adams in 1794). Spacious and classic, this is where LoDo’s revival began.

I grabbed a car to the Santa Fe Art District, a historically Hispanic neighborhood anchored by the Museo de las Americas and dozens of galleries. The First Friday Art Walk there has become quite a thing in recent years, when Santa Fe Drive and Kalamath Street between Alameda and 12th Avenue attracts Denverites from around the city.

On this night, thousands were out in the night air, many wearing catrina (“elegant skull”) makeup and costumes for Dia de los Muertos. People filled the streets, sidewalks and gallery spaces; bands played; old friends appeared out of the past as I filed along with the crowds, enjoying the moment and rolling around Denver. According to my guidebook, there are other, lesser-known First Friday art spots across the city, including Belmar Block 7, Golden Triangle Museum District and the Navajo Street Arts District, all with live music, revelers and food trucks.

There was a two-hour wait at El Taco de Mexico on Santa Fe, so I lingered outside and pondered my options, flipping through my guidebook. I could grab a steak dinner at the Buckhorn, catch a show at Lannie’s Clocktower Cabaret in Larimer Square, a rooftop cocktail at The Source Hotel in RiNo, or perhaps coffee and a fine cigar at Churchill’s in The Brown Palace Hotel … .

Any direction I turned, it was a movable feast – and the night was young. As Zevon sang, “Maybe you should find a place to stay … And you just roll around Denver all day.”

Some facts from “100 Things to Do in Denver Before You Die”:

Written By
Joshua Berman
More from Joshua Berman
Just a reminder that my coauthor, Randy Wood, and I are always...
Read More