This article was first published in The Denver Post on Dec. 15, 2019

Raton, NM — The first animal we saw was a bighorn sheep, a lone ewe ambling along the embankment of the snow-packed dirt road. Our driver and guide, Pete, suspected a mountain lion would get her soon. Our next sighting was a bounding bobcat that crossed in front of the truck then peered at us from behind a tree while my three daughters took turns with the binoculars.

We drove further into the forest, on a two-hour “guided ranch and wildlife tour” of the property, in order to get a lay of the land and also to learn a bit about the half-million acres that is Vermejo, a Ted Turner Reserve. The property straddles the Colorado and New Mexico border and has seen an incredible transformation since media mogul and conservationist Ted Turner took it over in 1996.

A bit farther on, Pete circled off the road to give us a better view of the horses which had just come into view. A dozen animals grazed in front of a row of several red brick charcoal kilns, built 130 years ago. The horses, explained Pete, were wild descendants of horses that had escaped into the woods when the logging town of Catskill went under, around 1905.

We rounded a corner on an elk herd, then stopped the truck to get out and inspect a set of fresh lion tracks in the snow and dirt. As an early, cold dusk settled in, Pete drove us back to the lodge, which sits in an alpine valley at the end of a 38-mile-long driveway snaking westward from Raton. Guests have been coming to Vermejo for over a century to experience the remoteness of the land, interact with the wildlife, and enjoy the stately luxury of the carefully restored resort buildings.

Our accommodations were in a stone cottage with massive fireplaces and a lovely arrangement of antiques and art. Fifty yards across the lawn, we dined in the main lodge, a model of grand, cozy mountain decor, originally built in 1909 by Chicago grain magnate William H. Bartlett. I had an exquisite bison tenderloin, the one animal we hadn’t seen on our safari—the bison had been hanging out in a different part of the property.

The bison are undoubtedly the most famous of the property’s wildlife, a genetically pure herd of about 1400 that was raised from only 87 animals which were there when. In fact, when Turner bought the land from an oil corporation (which had been using it as an executive hunting retreat), the first thing he did was remove 33,000 head of cattle, then proceeded to grow the bison herd, bring the Rio Grande cutthroat trout back from the brink of extinction, and manage the local elk population to a sustainable level.

Elsewhere on the property were a small riding stable, various shooting and archery ranges, as well as hiking and riding trails, but most of the land remains wild, rugged, and hard to access. Turner restored the stately stone lodge and cottages, in order to establish a high-end ecotourism operation which, in turn, helps fund ongoing conservation efforts. That means guests who come to hike, ride, hunt, fish, and shoot (and wine and dine), are contributing to Turner and his team’s effort to bring the land back to a more natural state.

Over dinner, General Manager Jade McBride said of Vermejo’s change, “23 years later, the wildlife is abundant, the forest is healthy, and the grass is tall.” I sliced another medium-rare bite and chewed on that information.

The next morning, the girls and I would hike across the valley, then to the stable to meet (and catch, groom, and ride) some of the horses. But for the moment, after a day of driving and with bellies full, we were content to cuddle in front of the grand fireplace and watch more snow fall outside. 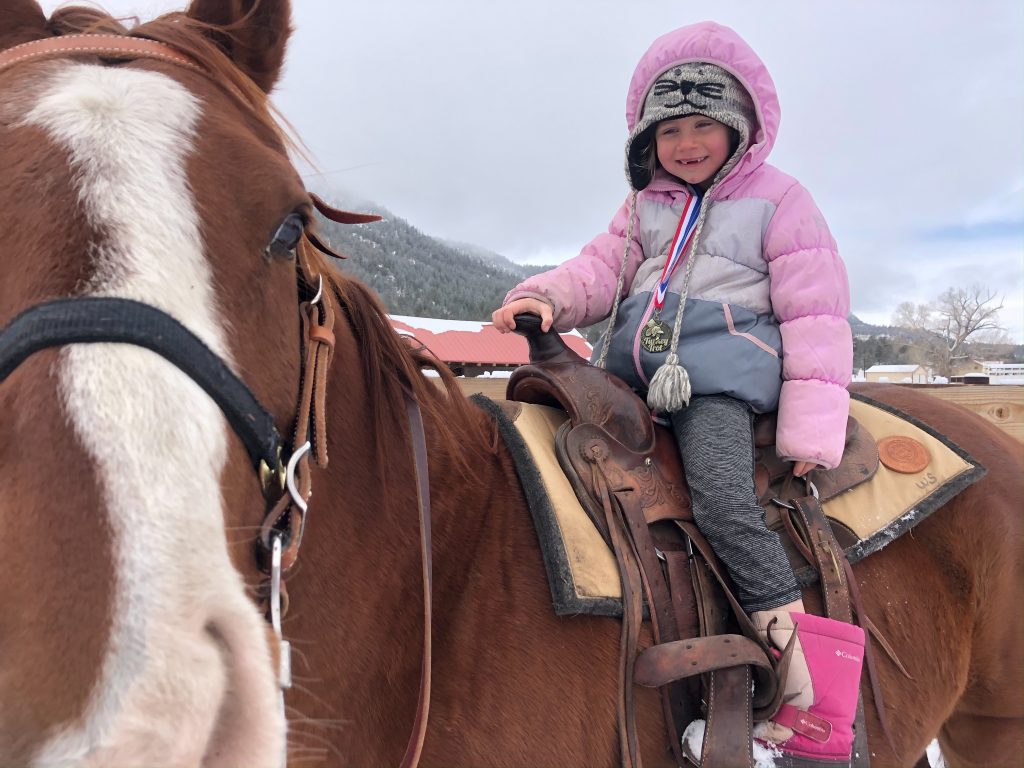 Written By
Joshua Berman
More from Joshua Berman
To keep up on various opportunities, advice, and resources, keep an eye...
Read More