Few Mayanist scholars command the experience and authority of David Stuart, a professor of Mesoamerican studies at the University of Austin who literally grew up amid Maya archaeological sites (his parents were also archaeologists) and who began his prodigal Maya studies career at the age of 8. Over the last few decades, Stuart has been responsible for some of the biggest breakthroughs in the decipherment of Maya iconography and hieroglyphics and he has authored numerous books on the subject. In his newest, The Order of Days: The Maya World and the Truth about 2012 (Harmony Books, New York, 2011), Stuart explains basic Maya ideas of time and calendrics while also addressing misconceptions about 2012. For, as one reviewer put it, 2012 is “an embarrassing situation to serious scholars,” many of whom have felt compelled to publish similar explanations. Still, I’m glad the 2012 hub-bub spurred Stuart to write The Order of Days, one of the most grounded, fact-based, academic-yet-readable books I’ve read on the subject.

I’m a newbie Mayaphile with many questions and in this book, Stuart clarified many things I’d been wondering about. Like, for instance, the difference between the Aztec calendar round and Maya calendars (and why they are so often confused); or a big-picture explanation of the Maya’s “deep time” inscriptions and what they mean for the bak’tun ending in 2012. I loved the mini-lectures about each of the most famous Maya stelae, vases, inscriptions, and murals — objects I’d seen before, but never accompanied by such concise explanations.

When it comes to the general 2012 doomsday nonsense though, Stuart does not have much patience, especially when it invokes fabricated connections to the Maya. Stuart waits until the end of the book when he holds his nose to examine 2012 and the most important evidence regarding 12/21, Tortuguero Monument 6. In this final section, he sets the record straight: 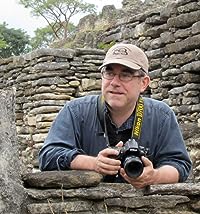 “Now, allow me to be as unambiguous as I possibly can: no authentic Maya text foretells the end of the world in 2012, or of any destructive event happening in connection with the turn of the thirteenth bak’tun. There will no doubt be important events in national and world history, and maybe a fair number of unfortunate tragedies and disasters. But the world we live in will not come to a screeching halt…. the Maya never once claimed in any ancient of traditional source anything of the kind.”

Like other books on the subject of 2012, The Order of Days takes time to mention and dismiss other authors’ work and claims; in Stuart’s case, he sets up and dresses down the many non-scientific, non-Maya, “New Age” approaches to 2012, in which he crudely clumps John Major Jenkins, an author on 2012 with whom Stuart has a kind of rapper-style feud that goes back years. Stuart’s critique prompted Jenkins to write his own lengthy review of The Order of Days, which gives you an idea of the various points of contention.
December 21, 2012, Stuart writes, is indeed significant as the end of the thirteenth bak’tun (a measured period of 5,125 years), but the Maya thought nothing more about it, he says, an argument disputed by Jenkins, above. 13 bak’tun, says Stuart, is only one of many such important cycle-ending days which exist for billions of years into the past and future. Based on date glyphs found at Coba, Quirigua, and Palenque, the 5-place Long Count system was actually short-hand for an even longer (much, much longer) count of time, he says, diminishing any foretold importance the Maya placed on 2012.

Books on the Maya: Suggested Reading for 2012

Written By
Joshua Berman
More from Joshua Berman
In addition to my books and articles, here’s where I’m writing these...
Read More