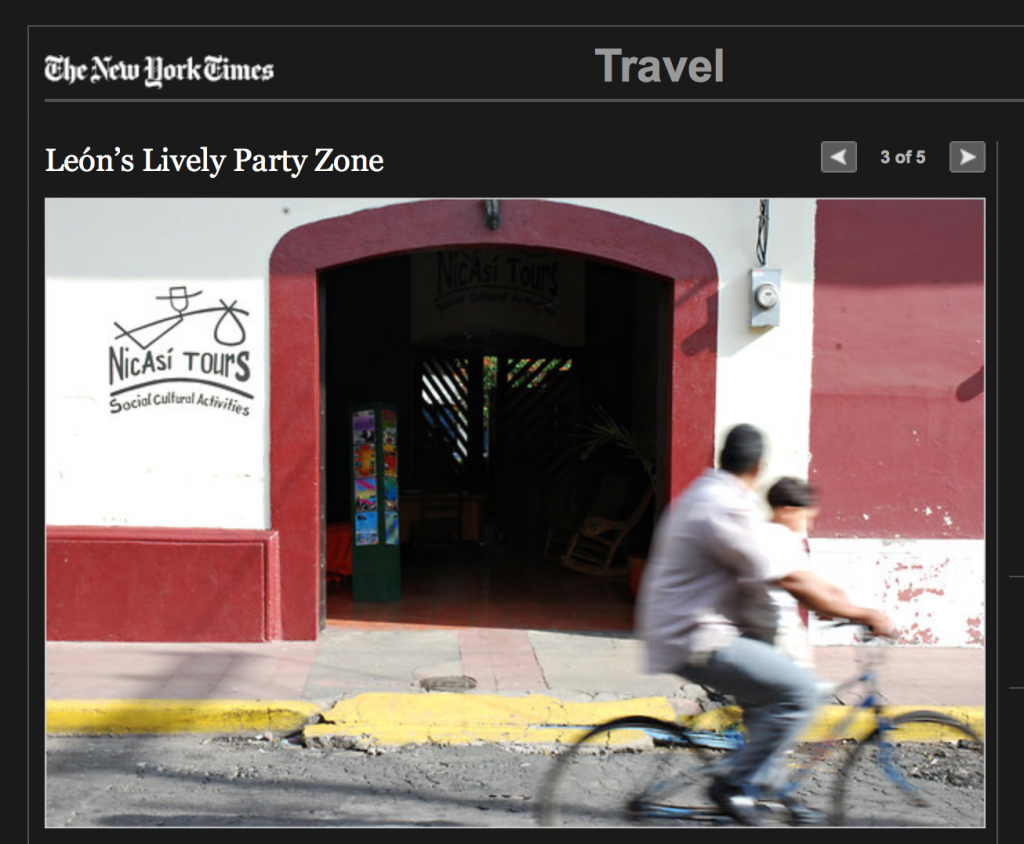 Original slide show as it appeared in The New York Times.

1er Calle Sur Oeste: León’s zona rosa is contained almost entirely on a single block, on a street originally constructed by the Spanish in the early 17th century. Here, a stone’s throw from the largest cathedral in Central America, hardware stores and motorcycle repair shops housed in decaying, palatial, centuries-old homes have given way to an ever-changing cluster of restaurants, bars, and discos.

In León, a city of modest scale in the volcanic lowlands of northwest Nicaragua, within sight of one of the largest cathedrals in Central America, La Catedral de León, you’ll find its zona rosa, or entertainment zone. Hardware stores and motorcycle repair shops housed in cavernous, decaying, centuries-old homes have given way to restaurants, bars and improvised discotecas. The conversion happened organically over the last couple of years, without any planning or support from the city; this unofficial status — not to mention a notable lack of parking or even addresses — lends a chaotic, uniquely Nicaraguan spirit to the scene. Extending from the southwest corner of the Parque Central, the zona rosa is clustered on a single block. Even during the week, tranquilo crowds of revelers eat, drink and dance their way past midnight, mixing on the sidewalk as they move from place to place.

This article and slide show originally appeared in The New York Times in May, 2013.

Written By
Joshua Berman
More from Joshua Berman
As the local AFAR.com expert for Colorado, I curate a number of...
Read More