Román “Chocolatito” González, the “pound-for-pound best boxer in the world,” will be defending his championship title this Saturday, September 10, 2016 (live on HBO). Román competes in Boxing’s flyweight divisions and has won all 45 of his fights, 38 of them knockouts. Trans World Sport met up with him in Managua, Nicaragua. I was there, helping to conduct the interviews as part of my work as production fixer and location specialist. This 8-minute segment is part of a series of short features about Nicaraguan sports and culture. ¡Arriba Chocolatito, el orgullo de Nicaragua!

Behind the scenes, interviewing Román González and his father, Luis Alberto González, in Managua: 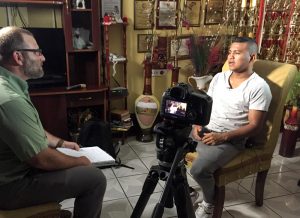 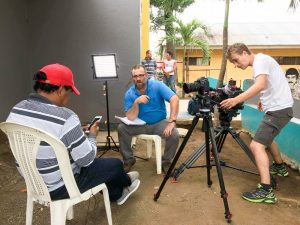 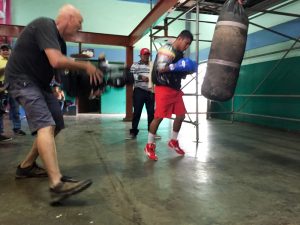 Written By
Joshua Berman
More from Joshua Berman
This site has covered quite a bit concerning Mexican culture and travel,...
Read More